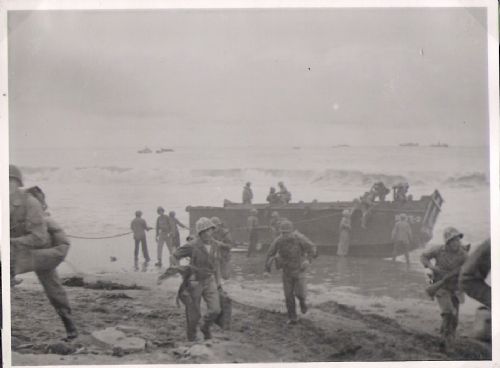 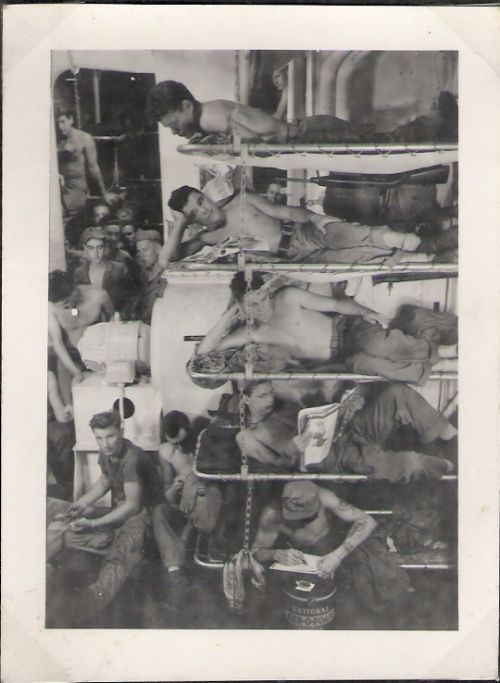 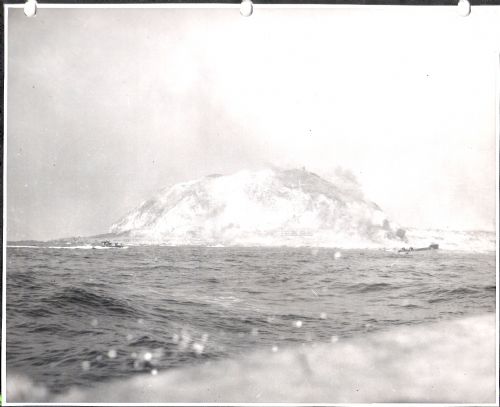 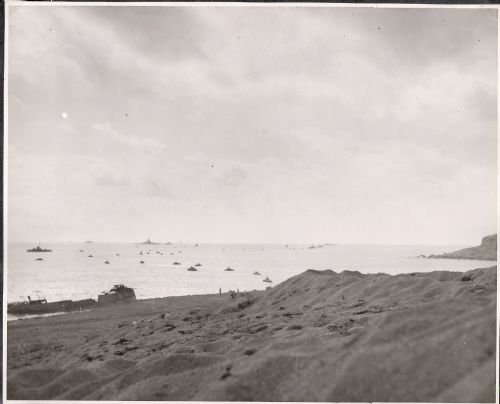 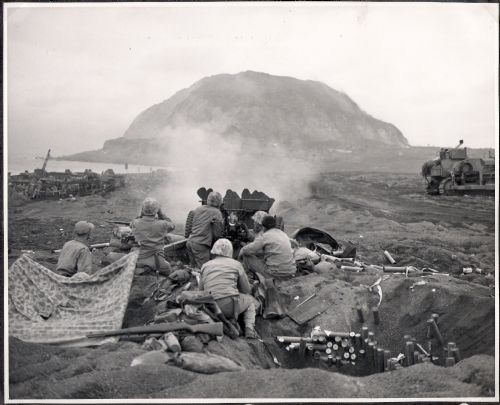 Marines firing at the Japanese on the slopes of Mt. Suribachi 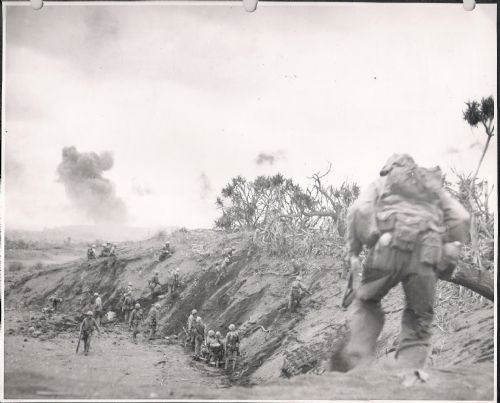 Marine Gunnery Sergeant, Harris F. Moore, (in the right foreground) rushes to join his men who are grouped temporarily behind the ridge during the advance on Motoyama Airfield on the island of Iwo Jima 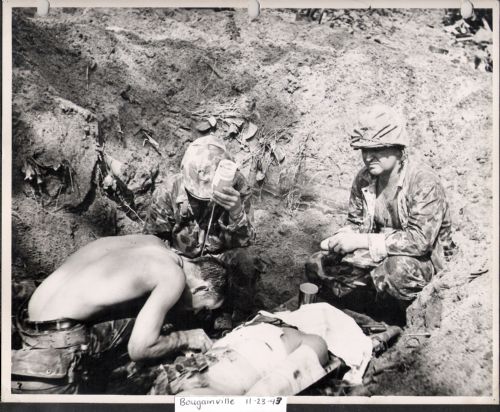 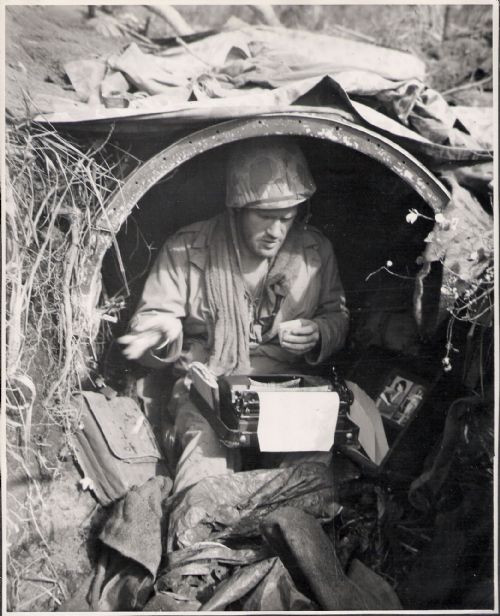 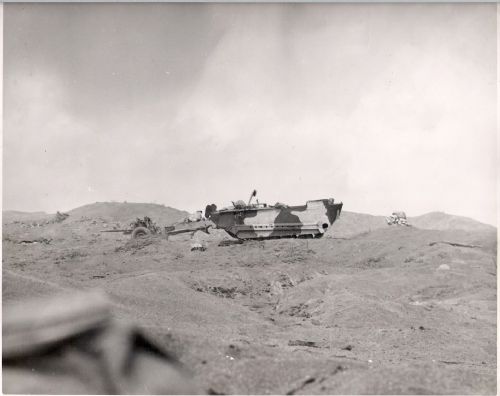 Marine assault troops crawl forward in the Battle of Iwo Jima. Several Marines can be seen on the rising ground immediately behind the knocked out "Weasel" and 37mm anti-tank gun. 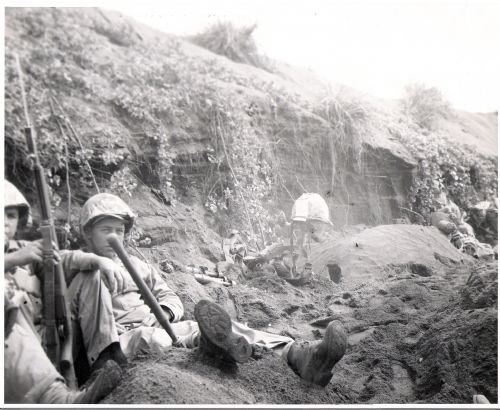 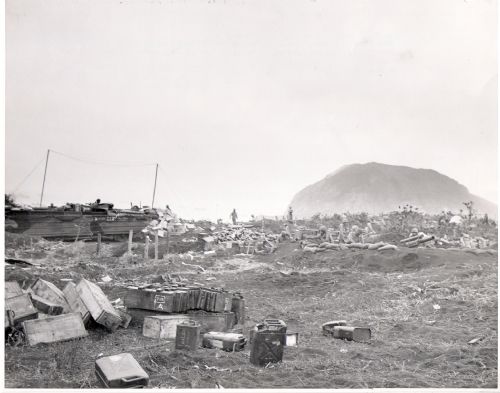 Iwo Jima--View of the beach and along the supply trail. Marine vehicles knocked out by Japanese mortar fire can also be seen in this photograph. 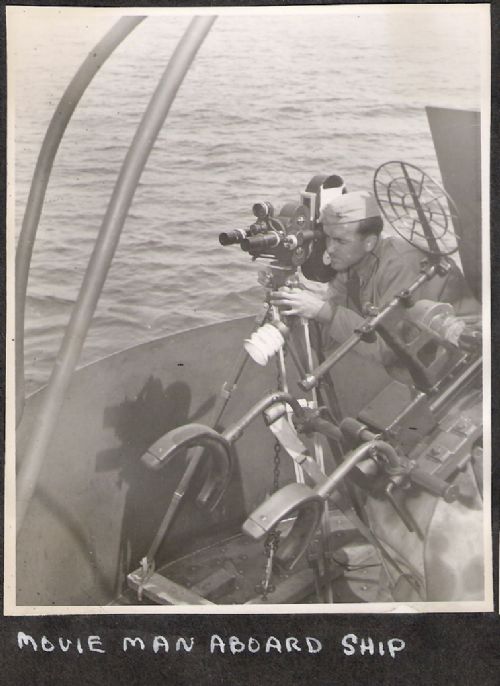