The Ancestry of Rutherford Birchard Hayes 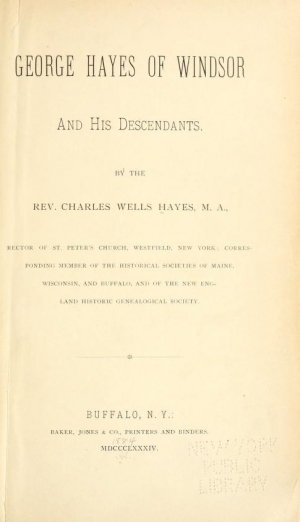 ANCESTRY OF PRESIDENT RUTHERFORD B. HAYES

A digital copy of this book is available via the free website- Archive.org

Hard copies of the book are available in the Hayes Library.