Rutherford B. Hayes became one of the most active ex-presidents the country has known 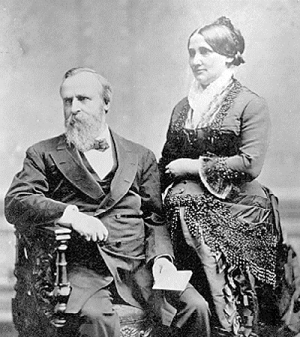 With the accession to power of James A. Garfield on March 4, 1881, Rutherford B. Hayes retired from the presidency. Having looked forward to a return to private life and their home in Fremont, Ohio, both Rutherford and Lucy were glad their four years in Washington had come to an end. After his retirement from politics, Rutherford B. soon followed his own advice that a former president should be “like every good American citizen, be willing and prompt to bear his part in every useful work that will promote the welfare and happiness of his family, his town, his state, and his country.”

Dedicated to serving the public as a private citizen and philanthropist, the ex-president delivered numerous speeches and patriotic addresses; he championed many educational, humanitarian, and reform causes; and once again, became active in the affairs of Fremont. Continuing to manifest an interest in education, Hayes served as trustee of The Ohio State University, Western Reserve University, Ohio Wesleyan University, and Mount Union College. He was an avid supporter of industrial or manual arts training and an advocate of universal education. He saw the former as a means for all classes of people to develop character and self-reliance, while the latter offered the best way to eliminate social injustice and advance social harmony in American life. As a promoter of African American education, Hayes served as trustee and chairman of the executive committee of the Peabody Education Fund and as the first president of the John F. Slater Fund. He participated in the Lake Mohonk Conference on Indian concerns and. in 1890 and 1891, presided over two similar conferences which focused on African Americans. The National Prison Association selected Hayes, who was a long-time champion of prison reform, as its second president. In addition, he served as president of the Ohio State Archaeological and Historical Society, Ohio, national commander of the Military Order of the Loyal Legion, and president of the Twenty-Third Ohio Volunteer Infantry Association. 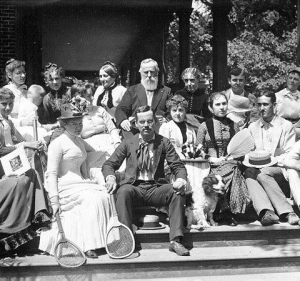 Lucy’s death, on June 25, 1889, saddened the final years of his life. Hayes remained active until early January 1893, when he was stricken with severe chest pains after reaching Cleveland while returning from Columbus, Ohio. He insisted on returning home to Fremont where, on January 17, he quietly passed away in his beloved Spiegel Grove home. In a manner befitting a former president, Rutherford B. Hayes was laid to rest in Fremont’s Oakwood Cemetery beside his beloved Lucy. Former president and President-elect Grover Cleveland, Governor William McKinley, and the entire Ohio State Legislative Assembly attended the funeral ceremonies.

In April 1915, the remains of the former president and Mrs. Hayes were removed to a knoll within the wooded grounds of Spiegel Grove. The site, which was designated as a state memorial, is marked by a granite monument designed by President Hayes in 1889 and quarried from the ancestral farm in Dummerston, Vermont.