Hayes enjoyed a brief tenure in the Thirty-Ninth and Fortieth Congresses, serving from March 4, 1865 to October 31, 1867. Congressman Hayes enjoyed his services as chairman of the Join Committee on the Library of Congress.  As a party regular, he voted for the fourteenth and fifteenth amendments, supported the Congressional plan for Reconstruction, and favored the full payment of the public debt created by the Civil War. 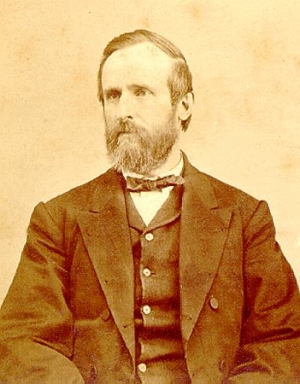 Although he rarely deviated from the Republican Party line, he had misgivings about the harsher aspects of the Radical Republican program. The bitterness of the divisive Congressional debates at the time disturbed him. His solution to the problem of women's suffrage was a universal education qualification to confer voting rights in state and national elections.  On a December 1866 Southern excursion with several other members of Congress, Hayes gained a much better understanding of the problems of the post-war South.

Shortly after he had been re-elected to a second term, Congressman Hayes admitted to his uncle that he was not suited for the life of a legislator in Washington. He spent most of his time administering to the needs of his constituents and taking care of pension claims and other matters relating to soldiers. He rarely attended any of the social functions in the nation’s capital.