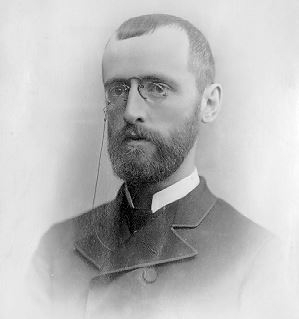 Birchard Austin Hayes [1853-1926] was born November 4, 1853 in Cincinnati, Ohio, where he spent much of his early childhood. During the Civil War, he, along with his mother and brother Webb, spent several winters in camp in West Virginia with Rutherford B. Hayes during his service in the 23rd Ohio Volunteer Infantry. Before the end of the war, Birchard moved to Fremont, Ohio, to live with his great uncle, Sardis Birchard, for whom he was named. He remained in Fremont for seven years, completing his high school education. He enrolled in Cornell University and graduated with an A.B. degree in 1874. He then continued his studies at Harvard Law School, where he received his Bachelor of Laws degree in 1877.

He began his law career in New York with the firm of Evarts, Southmade, and Choates. He specialized in tax and real estate law. In 1879, he moved to Toledo, Ohio, where he became a partner in the firm of Swayne, Swayne, & Hayes. He continued in partnership with Noah Swayne until Swayne's death. Birchard then practiced alone.

Birchard married Mary Sherman of Norwalk, Ohio, in 1886. They lived at 2112 Ashland Avenue in Toledo until 1905, when they moved to their new home at 2242 Robinwood, Toledo, Ohio. They were the parents of four sons: Webb II, Walter, Sherman, and Scott. Mary died in June of 1924. Birchard’s death occurred two years later in 1926; he was 73 years old. Both Mary and Birchard are buried in the Hayes family plot at Oakwood Cemetery in Fremont, Ohio.