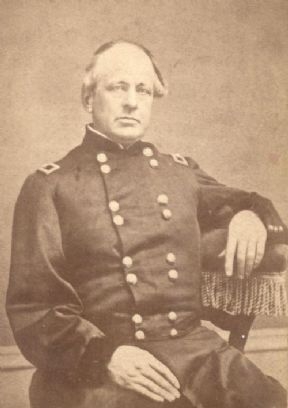 Ralph Buckland came to Sandusky County at the age of twenty-five to open a law practice in Fremont. He married Charlotte Boughton of Canfield, Ohio. Only four of their eight children reached adulthood. In the fall of 1861, William Dennison appointed him lieutenant colonel. Buckland began recruiting for the 72nd Ohio Volunteers. On January 10, 1862, Buckland was mustered into the service as colonel of the regiment. The following month, he reported to General William T. Sherman at Paducah, Kentucky.

Though Buckland had no previous military experience, Sherman placed him in command of the Fourth Brigade of his Fifth Division of the Army of the Tennessee. The brigade, composed of the 70th, 72nd, and 48th Ohio regiments, met its first test at the battle of Shiloh, where all of the 72nd’s field officers were killed or captured. Of Sherman's divisions, only Buckland's brigade was functioning as a unit on the morning of the second day.

Following the Siege of Corinth, General-in-Chief Henry Halleck ordered the occupation of Confederate territory rather than the destruction of the enemy’s army. Halleck assigned Sherman and Grant to west Tennessee and northern Mississippi. Buckland's brigade took part in protecting railroads connecting the western Confederacy with Richmond. Buckland's performance at Shiloh gained him the trust and confidence of both Grant and Sherman. On November 29, 1862, Buckland was promoted to brigadier general.

In March, General Buckland and his troops joined Sherman at Vicksburg, where they took part in the battles at Brandon and Jackson, the assaults on and Siege of Vicksburg. Following the surrender of Vicksburg, Buckland commanded Sherman's Third Division. and then assumed command of the District of Memphis. At Memphis, he organized militia to protect the city and surrounding railroads from General Nathan Bedford Forrest’s guerrilla raids. His uncommon fairness and integrity won the respect of all Memphians.

On January 6, 1865, General Buckland resigned his commission to serve in the U. S. Congress. After serving two terms, General Buckland returned to his Fremont law practice. He not only held the office of Mayor of Fremont, Ohio but he also served as President of the Ohio Soldiers' and Sailors' Orphans Home in Xenia, Ohio. Buckland reentered politics to support his former law partner, Rutherford B. Hayes, during Hayes' presidential campaign. In 1892, Ralph Buckland died at his home on Park Avenue in Fremont.

To learn about other Buckand documents at the Hayes Presidential Center click here.